Hunters “are the lifeblood of many individuals and small and large businesses across the state,” Britt said at a news conference Wednesday in the office of the Tucson Metropolitan Chamber of Commerce.

The chamber is one of dozens of partners in the new group. The partners include hunting organizations, retailers, lodging operators and associations. 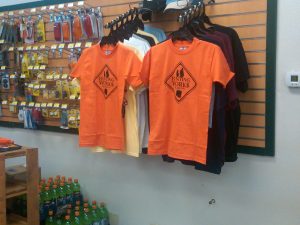 Britt said it was “purely coincidence” that the group was formed at a time when a hunting and fishing proposition is on the upcoming ballot.

Proposition 109 – which says that lawful hunting, fishing and harvesting of wildlife is a constitutional right – is widely supported by hunting groups.

“We, as a group, aren’t endorsing 109,” Britt said, noting that individual members of the group might well support the measure.

Efforts to reach the Sierra Club, which opposes the proposition, weren’t successful Wednesday.

Another opponent of the proposition, former state Game and Fish Commission Chairman Bob Hernbrode, said he didn’t know details of the new group. But he said he expects it will be focused on economic matters rather than on ballot measures.

• $27 million – Amount spent each year for hunting and fishing licenses in Arizona.