Wildlife Thrive because of Hunting

Even the most ardent “bunny-huggers” can’t deny what hunting does for wildlife: It really does seem that “perhaps the best way to save wildlife is to kill it,” as the Safari Club International’s newsletter recently stated. 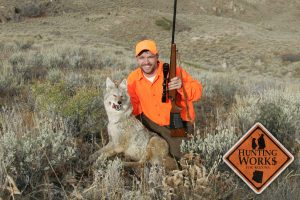 It’s true, undeniably so: Wildlife is thriving, not only in the United States but worldwide, because of hunting.

With the big game seasons opening up this month, let’s look at why we need to hunt, besides for recreation. What are the benefits of hunting, and what does hunting provide? Two things: money and management.

The Kaibab Plateau is arguably the best example of mismanagement.

The Kaibab Plateau is bordered on the south by the Grand Canyon, on the west by Kanab Canyon, and on the east by Houserock Valley. The plateau, which is entirely in Arizona, slopes gently downward to the north and ends near the Utah state line.

The North Kaibab, or simply the Kaibab, is famous for producing large-antlered, record-book mule deer. The Kaibab historically, however, is also noted for something else — controversy. The Kaibab figures prominently in the history of mule deer management in the West, and even the U.S. Supreme Court has weighed in on the Kaibab.

The Kaibab was established as a Forest Reserve in 1893, and in 1906 it was designated as the Grand Canyon National Game Preserve by President Theodore Roosevelt. Hunting was no longer permitted on the Kaibab.

In response to those measures, the mule deer herd erupted from about 4,000 animals in 1906 to an estimated 100,000 head in 1924. As might be expected, the growing deer population severely overgrazed both the summer and winter ranges. The plateau’s mule deer experienced a major die-off, and by 1931 fewer than 20,000 animals were left.

Through responsible management, the Kaibab mule deer herd is thriving again, and the genetics of these deer offer a once-in-a-lifetime trophy for the big-game hunter.

African governments have also increasingly recognized wildlife as a precious natural resource that can be managed through sustained utilization, which is to say, hunting.

Some African countries have tried bans on hunting. There are two examples of this: Kenya and Tanzania. Tanzania closed hunting in 1973 and reopened it in 1978 after poaching reduced its elephant population by more than half. Once hunting reopened, the elephant rebounded to a current population of about 125,000.

In 1977, Kenya banned hunting and has never reopened it. The costs have been staggering. According to the African Conservation Foundation, 70 percent of Kenya’s wildlife outside national parks has been poached out. Kenya’s elephants fared even worse: Between 1979 and 1989, the elephant population fell from 130,000 to 17,000.

In the 2007 hunting season in South Africa, 16,394 foreign hunters spent $91 million, according to the South African Professional Hunters Association. The association estimates that 70,000 jobs are created by South Africa’s game-ranching industry.

In 2010, district councils in Tanzania will receive $600,000 as their share of hunting license revenues from the 2009 season.

The elephant is another excellent example of the benefits of hunting.

The Convention on International Trade of Endangered Species, or CITES, was formed in 1973 as African elephants were being hammered by commercial poachers for their ivory. The elephant population in Africa dropped from more than

In 1989, CITES banned commercial ivory sales yet allowed hunted trophies to be exported. Once the ivory trade was stifled, elephant populations in Tanzania, Zimbabwe, Botswana, Namibia and South Africa bounced back. The countries without growing elephant populations today are in unstable regions, such as the Congo, where poaching is still a problem.

But the bottom line is obviously the bottom line. Whether it’s the Kaibab mulies, African wildlife, or upland game birds in the Midwestern states, wildlife must pay its way in the modern world.

Again, the two reasons why we hunt: money and management. Hunters provide that vital revenue and are our best managers.

Jim Vanek is a longtime hunter who lives in Greeley with his family.
Follow @HuntingWorks4AZ